Hi everyone, we’re getting close to the finish line!

There is a “Y” seam in this block, but after all the blocks we’ve done, this is a piece of cake.

Just a couple of notes:

T-40 IS a 60 degree triangle, so it won’t matter which point you use as the center. 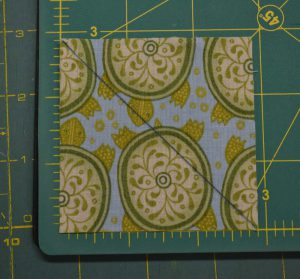 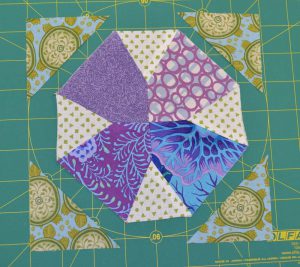 Other than that, I can’t really add anything other than my finished blocks: 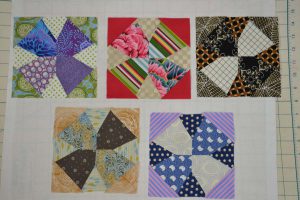 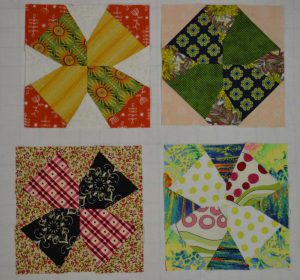 See you next month,

Baker’s Dozen Block of the Month

Month 2 – Another Star Block/Hand of Friendship

Hi Everyone!  Ready for more blocks?

This month, we are piecing twelve of the ‘Another Star Block’ found in the pattern booklet just after ‘8 Pointed Star’.  The pattern has an alternate layout that I also like, so I decided to make six of each.  We will also be making eight ‘Hand of Friendship’ blocks.  These will become part of the first ‘border’ around the center four blocks.  This way, you can build the quilt as we finish the blocks that go into each of the borders.

This block is not difficult, but the way it is pieced can be confusing.  Just take your time and make sure your pieces are where they should be before you stitch.  Check twice, sew once. 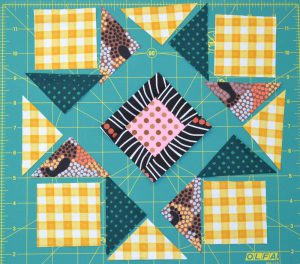 Here are the first six blocks: 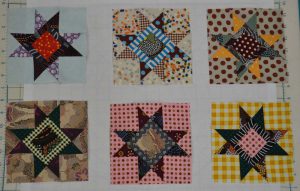 Once I started working on the alternate layout, I realized it would be a little more work as I had to line up the seam in the center piece with the point on the outside corner piece where the triangles meet.  I marked the seam allowance on the back of the center piece.  Then I inserted a pin at that mark from the back through the intersection of the triangles on the corner piece.  Now I am certain the seams will line up perfectly. 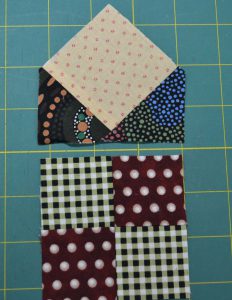 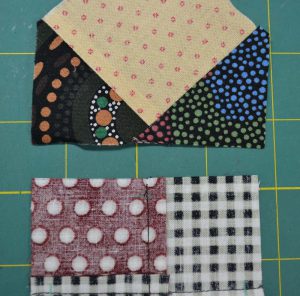 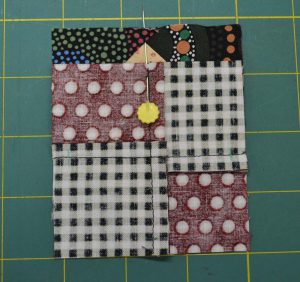 Here are the second set of six blocks: 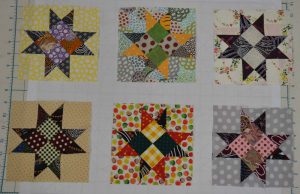 Some of the blocks in Jen’s original quilt used only three fabrics, sort of refreshing for a change.  I think I’ll do a few scrappier blocks because I only have small pieces of background fabric left.

Again, to avoid confusion and un-sewing, I highly suggest cutting the pieces for each block one at a time, and lay them on your work surface in the order you want them in in the final block.  If you have a cell phone, you might want to take a picture of each block as you work on it.  You can always delete these pictures when you no longer need them for reference. 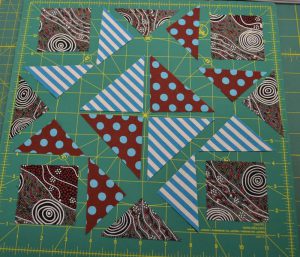 Just a quick look at the first two blocks I’ve finished.  I do like the scrappier block, so I’m going to try to use up my little pieces of background fabric. 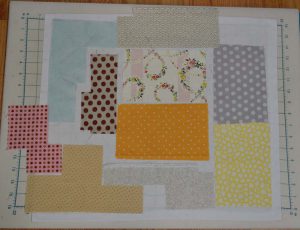 Here are my final Hand of Friendship Blocks: 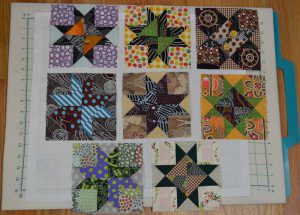 Thanks, everyone.  Have fun with these and I’ll be back next month.

Hello everyone, this month we are starting to make the 6” blocks.  We need nine Sprinkled Delight blocks, and they are small curves.

I am going to begin by saying, ARGH!

Okay, now that I got that out of my system, I can move on.

The first block, I pieced as Jen shows in the pattern.  Sadly, it came out lopsided. 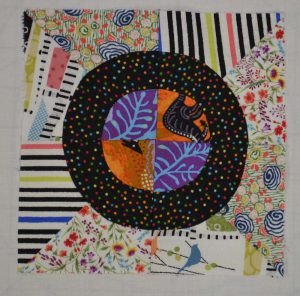 After several attempts, I finally decided to piece the whole center, half the circle, and half the outside of the block. 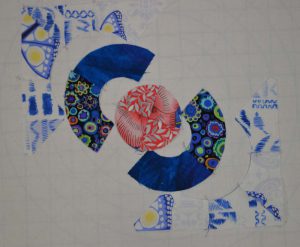 It was easier for me to piece the larger curve in a longer section. 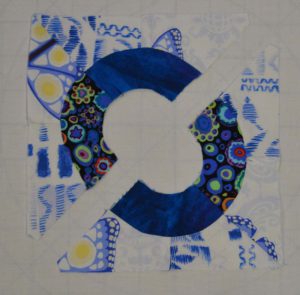 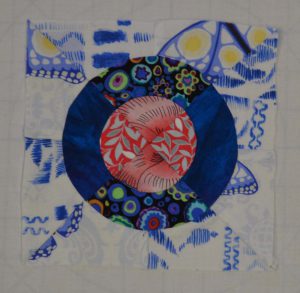 I really enjoyed the fabric selection for these blocks: 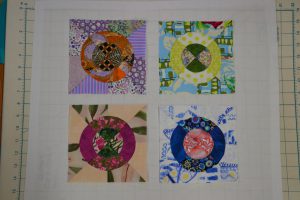 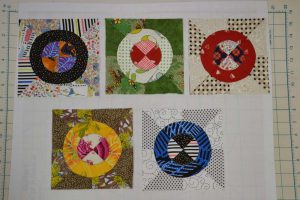 Thank you all, see you next time!